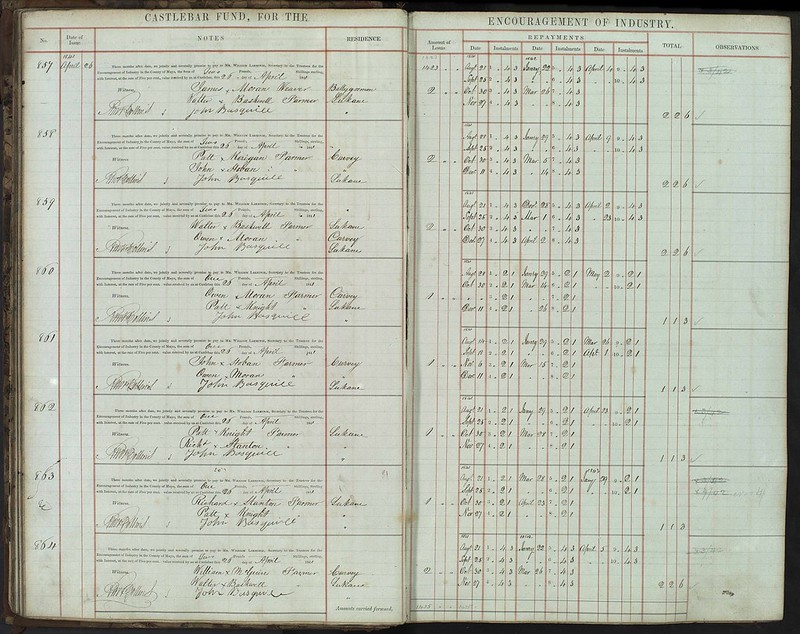 This comes from a comment on the last post. I don’t know who this Walter is. I suspect he’s the brother of “my” Michael, as he’s living in Lukane (Lackaun), which is the townland where Michael and his siblings were born. There is no way to prove that, though, at least not yet.

Confusing matters is the fact that there are two Walters who were born about the same time, in the same area. Cousins, maybe? One married Anne Kelly, emigrated to Stockport, England before the 1861 census, and died there in 1886. The other married Annie McFall and emigrated to New Zealand.

So which Walter took out the loan?

It’s also possible that both Walters, with wives named Anne/Annie, were living in the same area of Ireland, then the same area of England, at the same time. It could be Patrick and Mary Giles/Mary Scahill all over again!

Anyway, it’s possible that some of the English census records I’d assumed belonged to Walter and Anne Kelly actually belong to Walter and Annie McFall. I need to look more closely at the information I have, to see if I can tell if there are shenanigans going on.