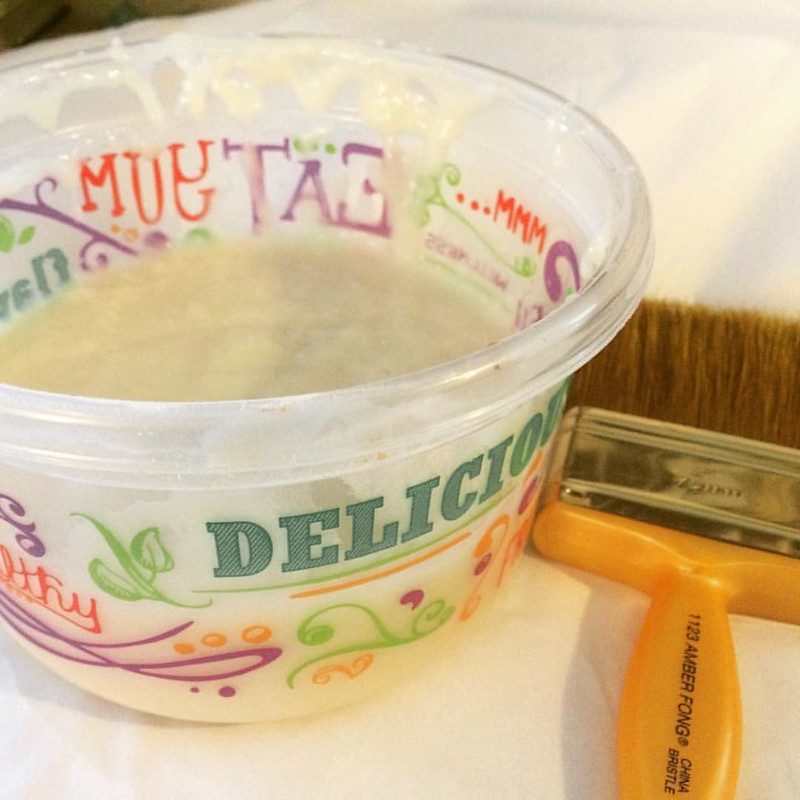 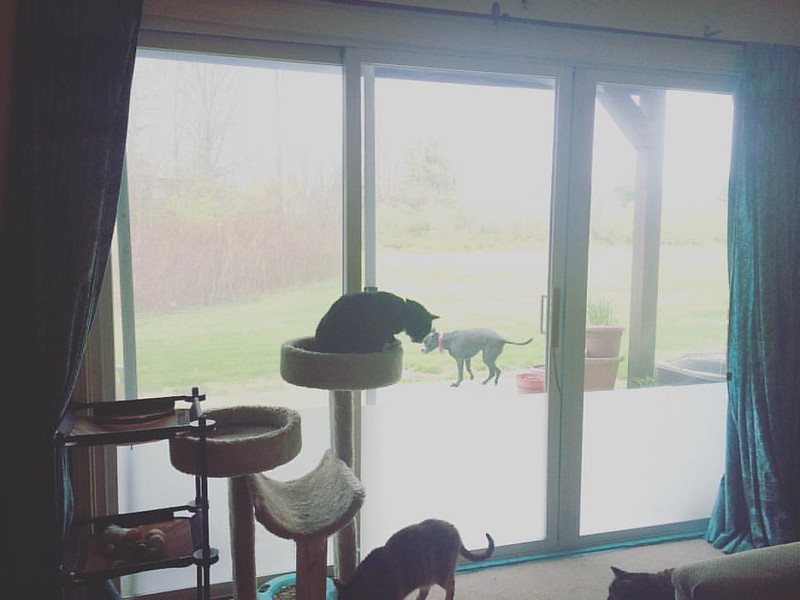 With Frances injured again (AGAIN!), it’s clear that some things need to permanently change. One of the things that has to change is that she can no longer have any access to getting on the furniture. She hasn’t got any sense, and she’ll see or hear things that require her attention RIGHTTHISMINUTE, and launch herself off the couch like a little black torpedo. Not good for a dog with bad joints. So no couch.

I also needed to find a way to block her line of sight to the back field, so she doesn’t react to every thing that moves out there. I priced static cling window film, but it was going to be around US$50 to cover just the lower portion. That’s ridiculous. I have tissue paper on hand, though, and wheat paste is cheap and easy to make, so that’s what I used. It worked great! If I do it again, though, I would use much less wheat flour. The paste was awfully thick, and it doesn’t need to be, for my purposes. I also wouldn’t add the flour to already boiling water. That creates an unholy mess of lumps that then need to be strained out. Instead, I’d mix the flour and water, whisk it until it’s smooth, and then cook it.

I’m happy with the finished product, though. It looks decent, it was easy to do, and the total cost was about 10 cents.