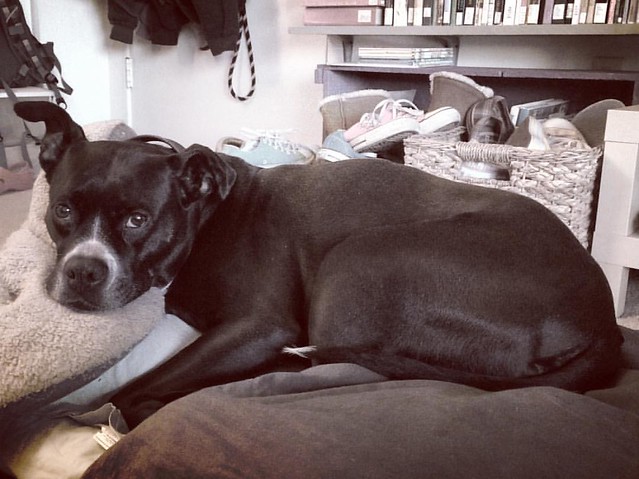 Frances is unamused that she’s been banned from the furniture.

Apparently no mystery writer ever in the history of writing has owned a cat. If they had, they wouldn’t assume that a twitching curtain in an empty house means that someone is inside, hiding. Piglet would twitch the curtains just to screw with people’s heads.

And by “fun,” I mean the opposite of enjoyable.

I’ve been using the unindexed Irish Parish Registers, via the catalog, at FamilySearch. But, they’re unindexed. And they’re kind of a pain to navigate, because disparate parishes are tossed together in the same microfilm set, and other parishes are split between sets. There may be a rhyme or reason to it, but I can’t figure it out.

These are fairly large image sets, too. The one I’m working on right now has 3500+ images. It’s important to be methodical and not lose your place. There are a couple of things that make this tolerable:

1. There are start and end images, created by FamilySearch, for each film within the record set. The start image has a bunch of metadata, including the diocese, parish, the date it was filmed, and the types of records contained. So Aughagower Parish, Diocese of Tuam, baptisms, filmed on 24 May 1984. And the structure should be fairly stable, so you can link to an image and have some expectation that someone else can follow it.

The end image just tells you you’re at the end of that particular film.

2. You can navigate from image to image by keying in the image number. So if you stop one day with image 1204, you can pick up the next day with image 1205. I’ve made master lists for each of the sets I’m searching, with a break-down of each film, the parish it covers, the record type, and the image numbers that correspond to it. So I know that I finished Aughagower Parish recently. Maybe.

This week I noticed that the images had been shuffled. Totally, completely, randomly shuffled. I have no idea what is what. Aughagower Parish should be contained in fiche 007768669, images 4-259. Only now? Those image numbers are meaningless. There’s no way to tell what parish any particular image corresponds to. If you look at image 188 in fiche 007768669, you should find a start image for Aughagower Parish marriages. Instead, it’s a page of baptisms from 1879-1880 from who knows what parish.

This is a giant mess.

Construction Crane with Belt of Venus

Happy Tuesday! The rain has finally ended, and the sky is clear and beautiful. So clear, in fact, that the temperature dropped overnight. I had to scrape frost off my car windows this morning.