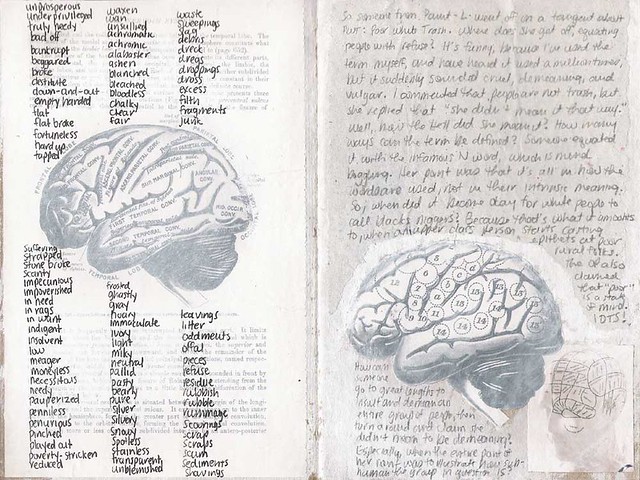 This page was an off-shoot of the discussion about the phrase “poor white trash.” I finally spoke up, and called the original poster on her demeaning comments. After having gone to great lengths to describe what she meant by “poor white trash,” and her qualifying how she is supperior to “them,” she had the nerve to reply that she hadn’t really meant it as a slur, because, hey, it’s all a matter of semantics. Um, no, it’s not semantics, not when you’ve precisely qualified and quantified your position. She made a lame attempt at claiming that there were all sorts of meanings for the word “trash” and that “poor” is a state of mind. Neither of those points, even if they were true in this context, addresses the fact that she’d spent umpty words describing a certain group of people, and how they are inferior to her. I had to laugh at her parting shot, though, that she’d suffered discrimination, too, when she was younger, because she had been called a poor, little rich girl. Now, that takes brass ovaries!

Because I thought the “it’s just semantics” defense was a laughable cop-out, I decided to consult Mr. Roget for alternate suggestions. The column spacing sucks, which is one of those things that unreasonably vexes me. I’ll probably add something else to the far right margin of the left-hand page at a later date, just for visual balance

I’d totally forgotten that the phrenology model was on that page, because the coat of gesso makes it blend into the background. It used to be thought that you could judge a person’s character by the structure of their skull. This theory was used as the basis for racial discrimination, as well as for the theory that you could tell just by looking at some people that they were wrong ‘uns. I guess some prejudices die hard, eh? 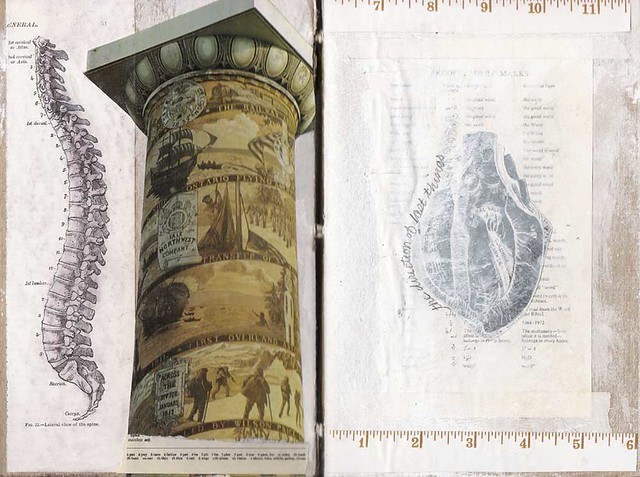 Backbone & The Direction of Last Things 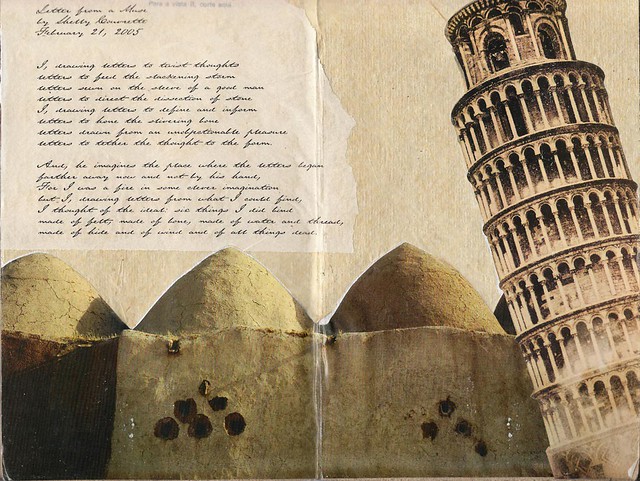 Letter from a Muse 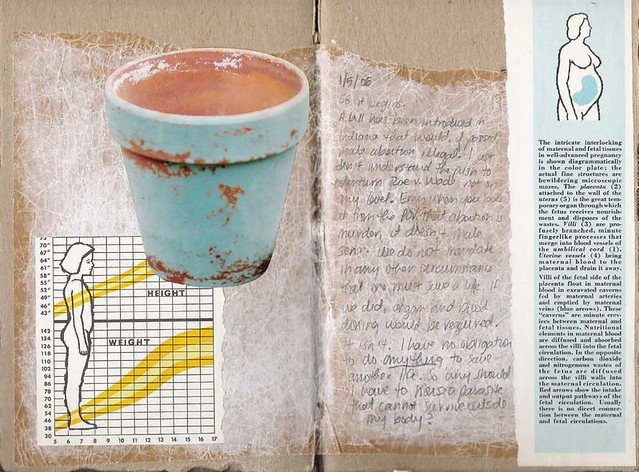 No matter how much I think it’s wrong to kill another living being–and I do–I cannot get past the fact that we do not legally require one person to save another’s life. It makes no more sense to mandate that a woman must carry a baby to term than it does to force people to give over their kidneys or bone marrow or livers for transplants. I can certainly choose to be an organ donor, but I cannot be forced into it. But, some people think it’s okay to force a woman to carry a child to term against her will.

A Pig in a Poke

Have you ever had someone you respect open her mouth and thoroughly disappoint you?

In a recent discussion in one of my arting fora, someone started casting asparagus upon what she called PWT. That would be, Poor White Trash. She described a picture I’m sure most of us, in the US at least, would find familiar: a mobile home on small plot of land, rusted car/bed springs/refrigerator, dog tied out back, tatty American flag flying 24/7, etc. Now, I live in the epicenter of red-neckedness, so I can understand why those who were not native-born into the fold might look askance at those who were. That’s all well and good. It’s perfectly acceptable to look something over and say, “That’s not for me.” It’s a whole ‘nother kettle of fishes to stare down your nose at people who are poor, or uneducated, or who simply have a different value system than yours, and call them Trash. People are not trash, no matter what color they come in. Trash is expendable; people are not. Don’t delude yourself into thinking that, because you value your life or lifestyle more greatly than you do someone else’s, yours automatically has the higher intrinsic value. I can guarantee you that the Trash you’re disparaging value their lives every bit as much as you do yours.

The sad part is that the comment was made by someone I generally have a lot of respect for. I hate it when people disappoint me. I had a similar experience during a conversation with a friend, who is heavily involved in sex and sensuality education. There are certain things that go logically hand-in-hand, so when she made the comment–during a serious discussion–that “some people” shouldn’t be allowed to reproduce, it shocked me so seriously that I couldn’t even formulate a response. What do you say to someone who voices a belief that is in direct opposition to one of the basic tenets of her vocation? How can a rational person champion choice and respect and autonomy out of one side of her mouth and preach eugenics out of the other? The mind wobbles.