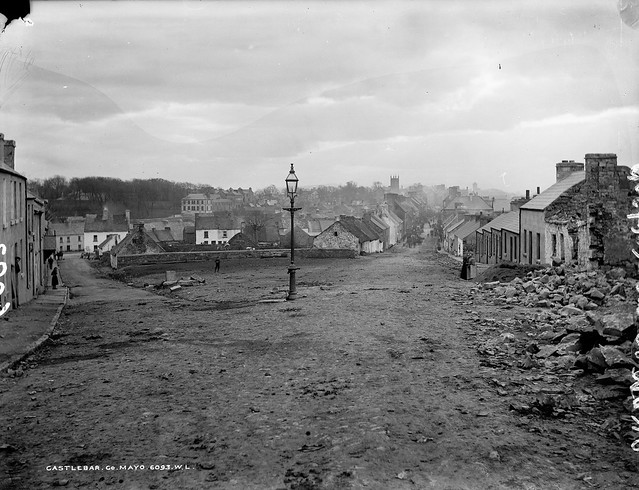 This was taken of the Staball Hill area of Castlebar, Ireland, in the late 1890s and depicts the rebuilding after the old houses were razed. It was also known as Poorhouse Hill, because the workhouse was located nearby.

Two amateur videos shot early on March 17th show a brief but bright flash on the edge of Jupiter’s disk. Did the King of Planets get whacked again?

Which brings me to the requisite ear worm. I love this song.

Jupiter Crash by The Cure

So much for gravity… 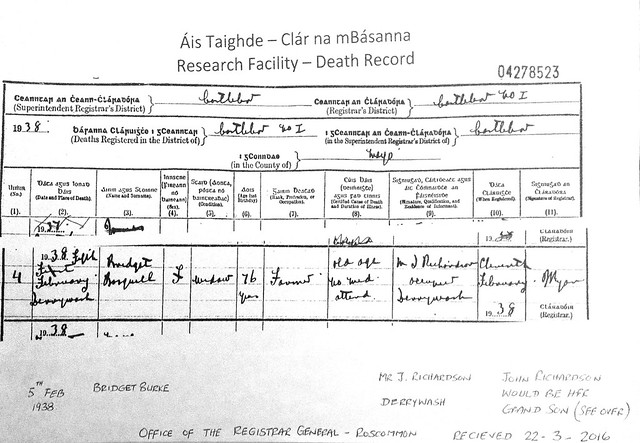 This was in my inbox this morning, from the same generous soul who shared Bridget’s and Walter’s marriage certificate and my great-great aunt Margaret’s birth certificate. It’s the death certificate for my great-great grandmother, Bridget Bourke. The informant listed, M. J. Richardson, was Walter’s and Bridget’s son-in-law, Michael. He married their oldest daughter, Ann Basquill.

I am over-the-moon level happy.

Rising Sun in the East 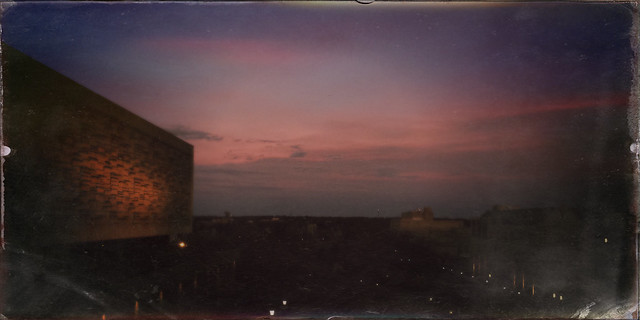 Pink Sky in the West 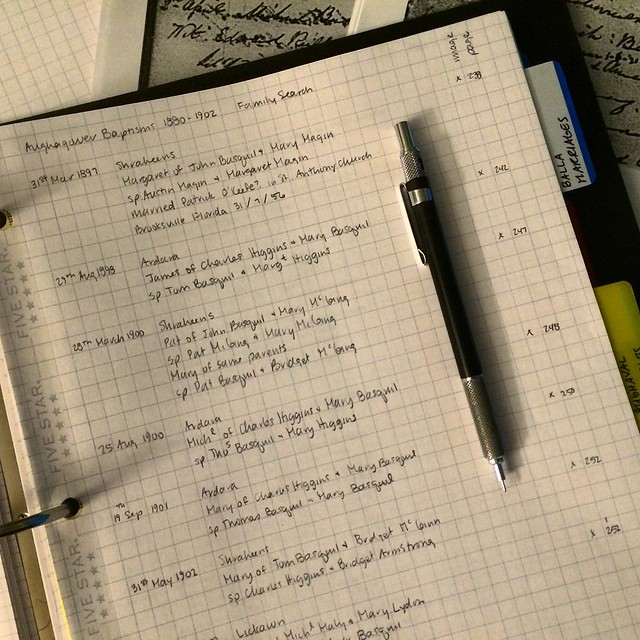 I’m working on post-1880 records that FamilySearch has microfilmed and digitized. The reels are listed in the card catalog there, but the entries aren’t indexed.

Once I’ve run out of digitized images online, I’ll have to order the undigitized microfilms from FamilySearch. Ugh. That means viewing them at the FS library, which is only open a few hours a week. It’s necessary, though. I know that the theory is that post-1880 parish records are redundant, because the civil registration system was robust by that time. But, I’m finding lots of people in the parish records who I can’t find in the civil registration indexes. So.

Also there really is no substitute for the context you get from seeing all the entries together. 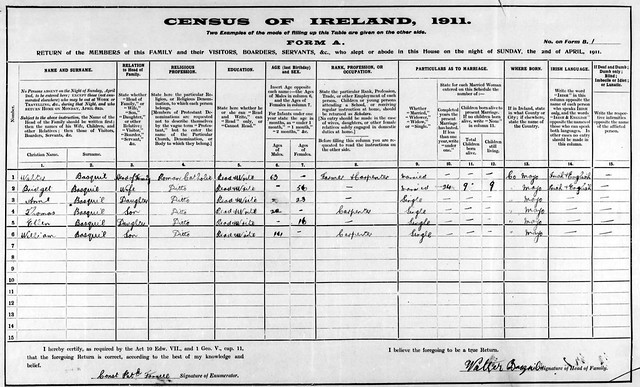 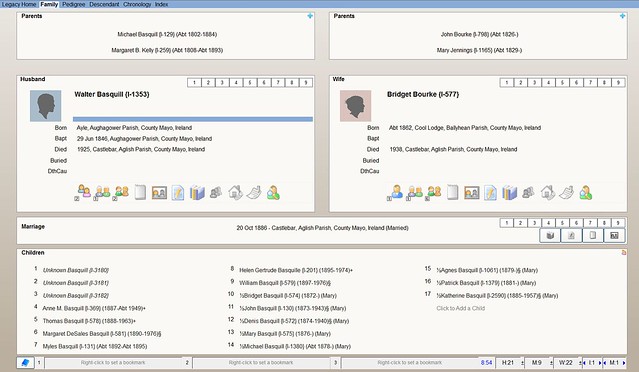 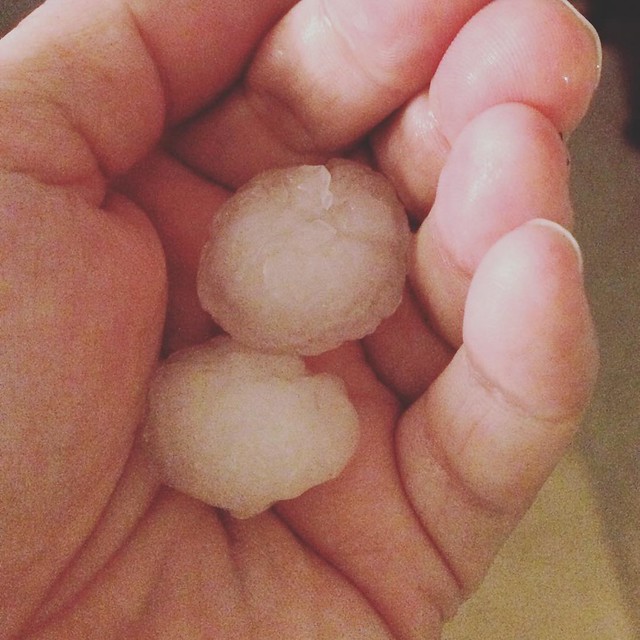 They weren’t kidding when they said we were in the line of a strong storm system. 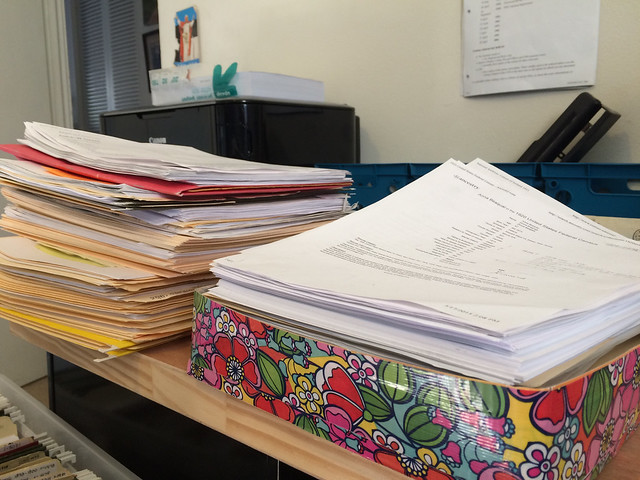 Remember the unspeakable pile of filing I was working on, a few months ago? I finally, finally, FINALLY finished it. Not before it doubled in size again a couple of times, unfortunately, but it’s done.

That means I can work on research, without feeling like I’m constantly behind. (Seriously? Some of those papers were family group sheets I made when I first started, years ago. It was BAD.) 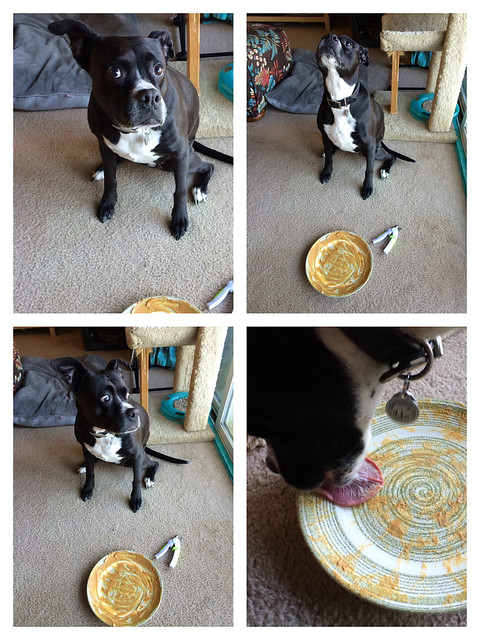 This dog makes me laugh every day.

Also, if your dog hates having its nails trimmed, a plate smeared with peanut butter is your secret weapon. Pick up each foot, like you’re shoeing a horse, and the dog will be too busy licking up the peanut butter to care. Zero drama makes life better for everyone. 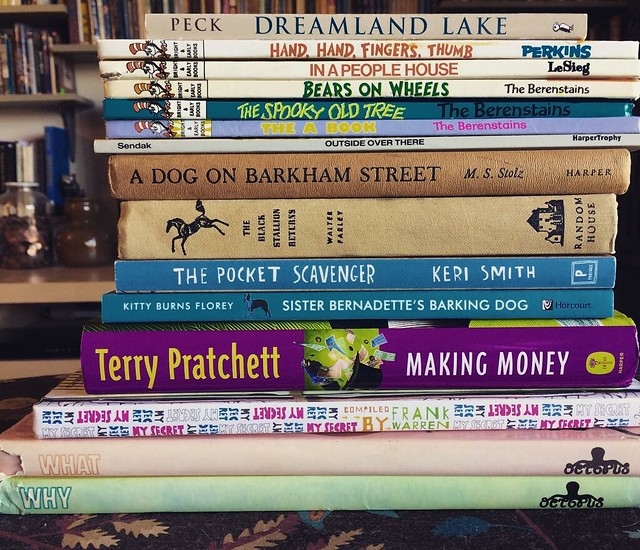 The baby books are for my niece, Hazel. 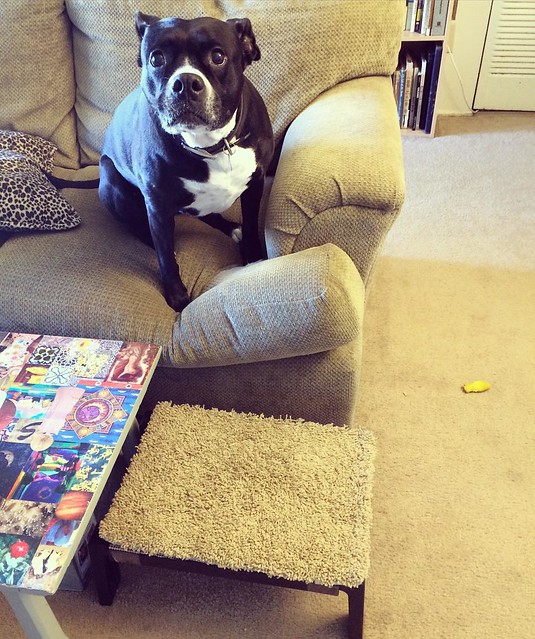 I also got a super cheap step for Frances. I attached a piece of carpet to the top, and she’s used it about fifty times already today, to get on and off the couch.

Between her crappy knees and the arthritis in her spine, she’s been really reluctant to get on the couch and the bed. I’ve been worrying about how to help her out, so I’m glad she’s willing (and eager!) to use her new step.