Nothing Is Ever Easy 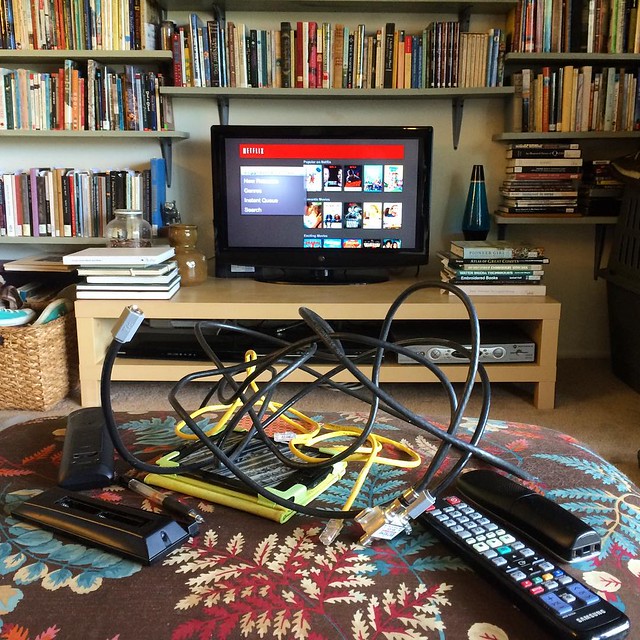 I bought my blu ray player years ago, and I recall having trouble getting it to connect over wi-fi then. I haven’t had Netflix or used the blu ray player in ages, and forgot. I re-subscribed to Netflix, before dumping cable, and I ran into the same crap again.

But after two hours of troubleshooting, I remembered I had an old cable modem in my box of computer junk. Huzzah! It’s ancient and flaky, so I’ll have to come up with a better plan soon, but for now, it works.

And now I can tell Comcast to GDIAF. (My bill for basic cable, phone, and internet went up to $250. It’s been slowly creeping up for years, but that is my limit. So I’m joining the 21st century and dropping it to just internet.)