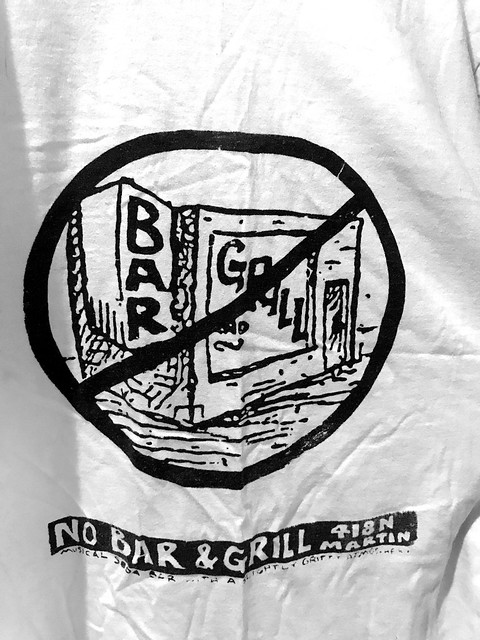 Believe it or not, there was a thriving punk scene in Muncie, Indiana, in the 1980s. The No Bar was all ages, so I spent a ridiculous amount of time there. (Found an old T-shirt while I was cleaning out my closet.)

I saw an early Orionid this morning. It’s far too early for the Orionids (late October is their season), but there it was, nonetheless.

Thomas was having a serious sniff around someone’s mailbox, and I was looking up at Orion. Like you do. And a meteor dropped from his belt. It was like it just fell straight down to the ground.

There are occasionally perks to getting up at 4am to walk the dog.

And of course I always think of this song, when I see a meteor.

Pa pointed out to me, for the hundredth time tonight
The way the ladle leads to a dirt-red bullet of light
Squint skyward and listen
Loving him, we move within his borders
Just asterisms in the stars’ set order

We could stand for a century
Starin’
With our heads cocked
In the broad daylight at this thing
Joy
Landlocked
In bodies that don’t keep
Dumbstruck with the sweetness of being
Till we don’t be
Told, take this
Eat this

Told, the meteorite is the source of the light
And the meteor’s just what we see
And the meteoroid is a stone that’s devoid of the fire that propelled it to thee 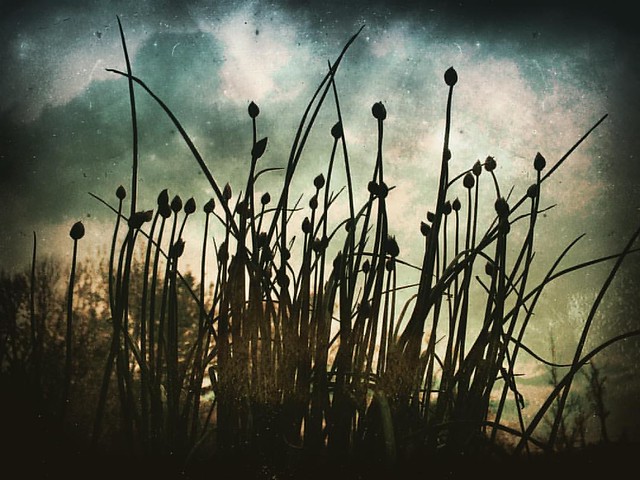 It’s been a crappy day, which is fitting, I guess. I cannot believe Prince is gone. Losing him is a shock on the scale
of losing David Bowie. Totally unreal.

Filed under Music, My Garden, Photography

Two amateur videos shot early on March 17th show a brief but bright flash on the edge of Jupiter’s disk. Did the King of Planets get whacked again?

Which brings me to the requisite ear worm. I love this song.

Jupiter Crash by The Cure

So much for gravity…

Moments of Pleasure by Kate Bush

I’ve had this song stuck in my head for days.

This song came up on the random shuffle, in my car, a week ago. I’ve been hitting the replay button ever since.

An infinitely changeable songwriter, Mr. Bowie taught generations of musicians about the power of drama, images and personas.

I can’t believe he’s gone. A gif of the many faces of David Bowie started making the rounds of Facebook a few days ago. The first time I saw it, I wondered what a world without any new Bowie music would be like. We’re going to find out, I guess.

I looked at my stats for my iPod. The most played Bowie song, by a large margin, is Life on Mars?.

This came up on the Magical iPod a few days ago, and it’s been stuck in my head ever since.

Will of Christian Meineke 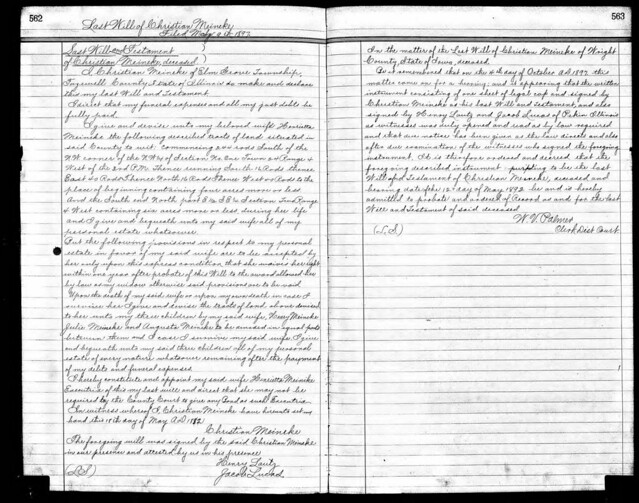 I’ve gradually been going through the text file of the database for my old blog and adding those entries. It may seems silly, since blogs are ephemeral, but it’s been helpful. For one thing, I found out that I was missing a big chunk of photos. I’d uploaded them to my website but not to Flickr, and then I lost my entire image database. It’s good to have them on Flickr, too, because you can never have too many back-ups, right?

Tonight I hit a strata of entries where I was doing a lot of genealogical research and was prompted to do another sweep of Ancestry.com for information on my grandpa’s family. I found his great-grandfather’s will, which gave me goosebumps. Also, I now know where and when he died. That has been a dead-end for me for years.

Alsoalsoalso! Sleeping at Last has been on heavy rotation in my life over the last year or so. He’s got a new album of Christmas cover songs out, and it’s “pay what you want” via Noise Trade.  I’m not a huge holiday music fan (or a huge holiday anything fan, to be honest), but if you’re looking for something new and seasonal to listen to, check it out.

Saturn by Sleeping at Last

Saturn by Sleeping at Last

You taught me the courage of stars before you left
How light carries on endlessly, even after death
With shortness of breath, you explained the infinite
How rare and beautiful it is to even exist

This song is one of the most beautiful things in or out of this world. I love everything about it.