Some thoughts, after a quick trawl of both Findmypast and Ancestry.  Findmypast provides a hot link directly to the volume at National Library of Ireland (where I’ve been manually searching the very same images).  So they are using the same image set.  This also means that these images, after you have the correct index information, will be free to access at NLI even after the free week at FMP is over.  They just won’t be indexed at NLI.

Second, Ancestry’s scans are different.  I’m not surprised.  At first glance they look lesser quality than the scans at FMP/NLI, but I think it will be worth looking at them for pages that are difficult to read.  It’s possible that the higher contrast images at Ancestry will make some things more legible.

I was kind of bummed, though, that neither Ancestry nor FMP seemed to provide the volume or page number for the image. That’s important information. But then I did a test download at each site and saw that it is preserved. It’s just not provided in the index.

So, where is the volume and page number? It’s in the file name, which you will see when you download the image. 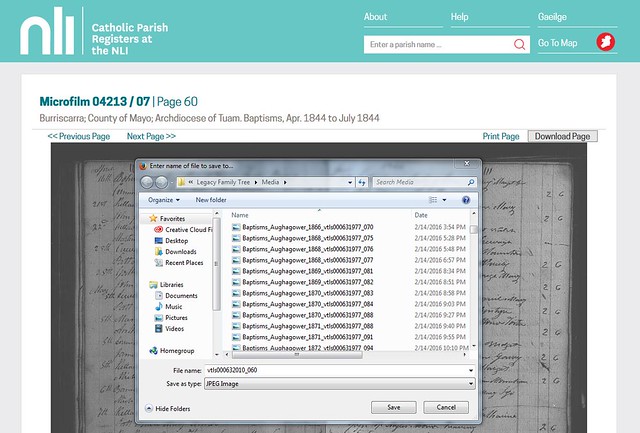 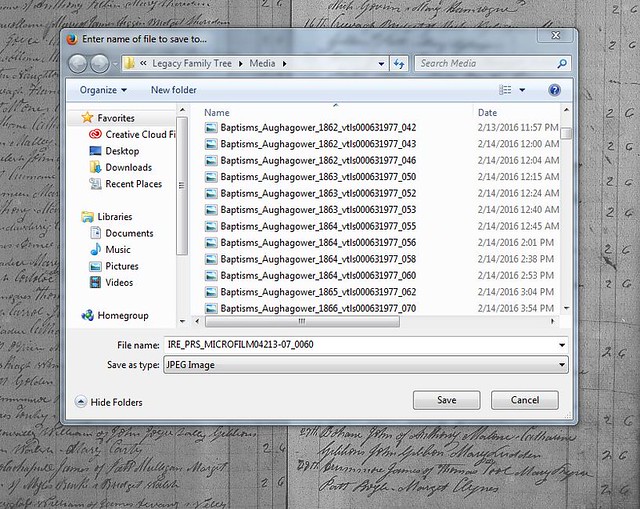 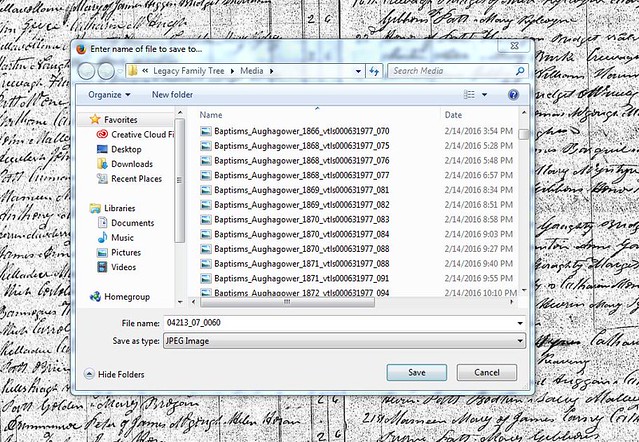 These are all three showing the same page in the same volume. You can see the full film number, volume number, and page number on the first example from National Library of Ireland. The second is from Findmypast. There you can see that the file name contains the same information. First is the microfilm set, then the volume, then the page number.

The third example is from Ancestry. Again, the metadata is retained in the file name. Also note that the scan, though of the same page as in the other two examples, is of much lower quality.