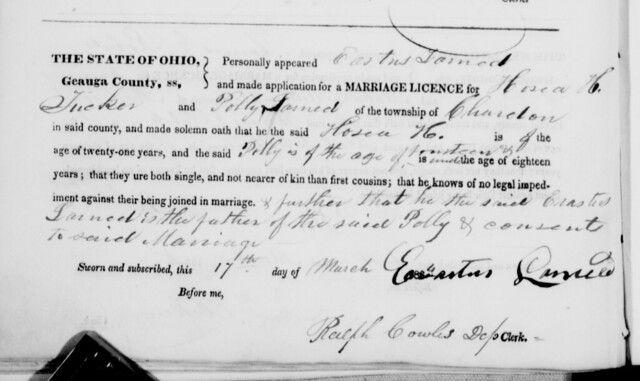 I’ve felt a little silly, getting obsessed over figuring out what is going on with this family. I should have stopped researching when I figured out that Bridget Theresa was the daughter of Patrick Basquill and Ellen Cannon, and that she married Frank H. Shipman in Berlin, Wisconsin. There was no reason to take it any further, because the Shipman ancestors were only tangential.

However, it bugged me that a couple of the censuses for the father, Abiram Shipman, had unrelated people residing with him that looked like they should be related. And then there was a granddaughter in the 1880 census. She couldn’t be a blood relative of Abiram Shipman, because he only had one son (despite having been married four times!). That son, Frank, married just once, as far as I can tell–to Bridget Theresa Basquill. And even if he had been married previous to that marriage, he was far too young to be this grandchild’s father.

So I was puzzled about what to do with this kid. I needed to figure out who Abiram’s 4th wife was married to, before Abiram. And I did! It’s taken me several days, but I think I have it figured out. The grandchild was the daughter of Abiram’s 4th wife and her first husband, identified in the only census I could find him listed in as just H. H. Tucker.  A little more digging turned up his first name, Hosea, and that he’d died and was buried in the same county where Abiram and wife number four were married:  Geauga, Ohio.

That didn’t help with the name of Abiram’s fourth wife, though. Their marriage license listed her as Polly Tucker. But what was her maiden name? It took some more digging, but I turned up the marriage record for Hosea H. Tucker and Polly Larned. She was just fourteen. If the age at death on his headstone is to be believed, Hosea Tucker would have been 27 at the time of marriage. That’s heartbreaking. But at least I can now give her back her own name.

And here’s the exciting and weird part: In sorting all that out, I found that Abiram Shipman had two wives who were sisters. Their names were Harriet and Joann Hamilton.

I knew I had Hamiltons in my family tree already, on my maternal grandpa’s side. And they were in the right part of the country in the right time to be the same Hamiltons. And I’ll be damned if they aren’t! The father of the sister wives was Nathaniel Augustus Hamilton. Their mother was Nathaniel’s second wife, Frances Dolph. My grandfather is descended from Nathaniel’s brother, Andrew Hamilton.

So all that work wasn’t entirely pointless. And I managed to give a lost woman back her name, in the process.