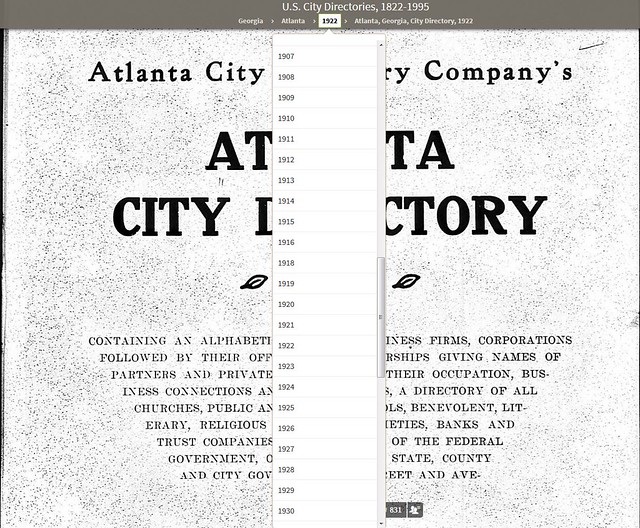 There is a lot of great information in the old city directories, but you cannot rely on the OCR used to generate the index entries. You really need to search each and every year for your location manually, if you want to find everything. Why? Doing so will help you pinpoint marriages, deaths (maybe), and migration dates.

To do so, at Ancestry, you use the drop-down menu to navigate between years. Occasionally there will also be a drop-down menu for various directory titles covering the area, as well. Searching the index at Ancestry for my great grandmother, I only found a handful of entries when in fact, there was a nearly full run of entries spanning 1920 to 1950. 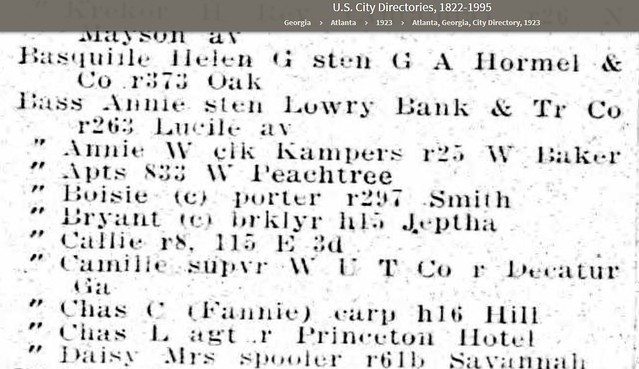 This entry was not picked up by OCR, probably because the scan is kind of grim. You can see that she was a stenographer at Hormel. She was about 28 years old in 1923, and she worked for the company until she retired.

My great grandfather didn’t die until 1954, so I don’t know why my great grandmother was listed as his widow in 1947. They were divorced in the early 1930s, so maybe she figured he was dead to her?

If you look at the far right column, you’ll see that my great grandmother was described as a widow. I thought it was an enumeration mistake or a misinformed informant, until I saw the same thing in the 1947 Atlanta city directory. I wish I knew what was going on.

The last year Helen was listed in the Atlanta city directory was 1950. I found her in the Austin, Minnesota, directory in 1953. I knew she had moved to Minnesota around that time, but this helps pinpoint the date. And yes, I can and will ask my mom when Helen moved, but it’s nice to have tangible evidence to back up the claim. Early 1950s is about right, as that’s when my grandma started having kids. Grandma was an only child, and I’m sure her mom wanted to be closer, after the grandbabies started arriving. 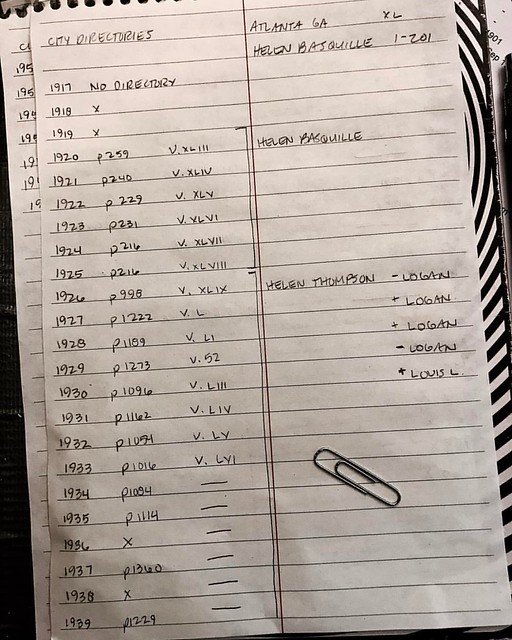 I don’t print out index entries for the city directories. Instead, I make a list on paper. It’s tedious, yes, but it helps keep you from missing entries. It also makes it easier for patterns to pop out. So you can see that my great grandfather, Logan Louis Thompson, only lived with my great grandmother for a short period of time. They were married in 1924, and he was gone by 1930.