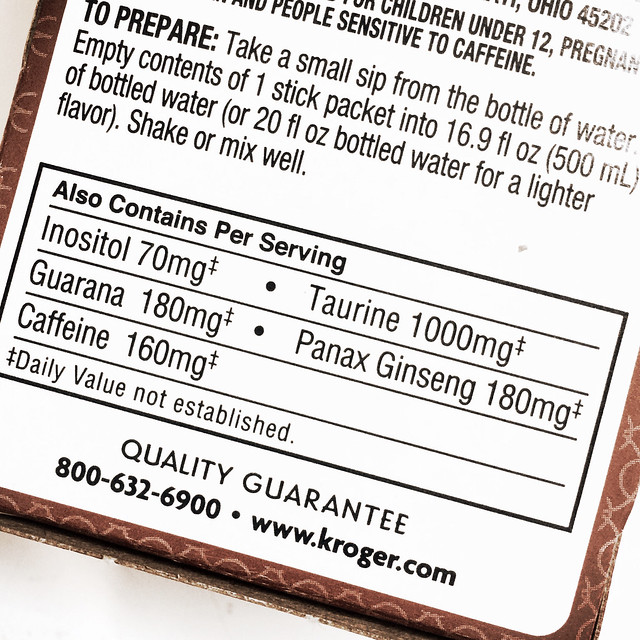 I bought some drink mix at Kroger, thinking it was equivalent to caffeinated Crystal Light, which has a similar amount of caffeine as a 12 oz soda. It was only after drinking two of them that I looked at the box and realized that each packet has as much caffeine as a 16 oz Monster. Oops!

I may never sleep again.

One response to “Caffeinated”