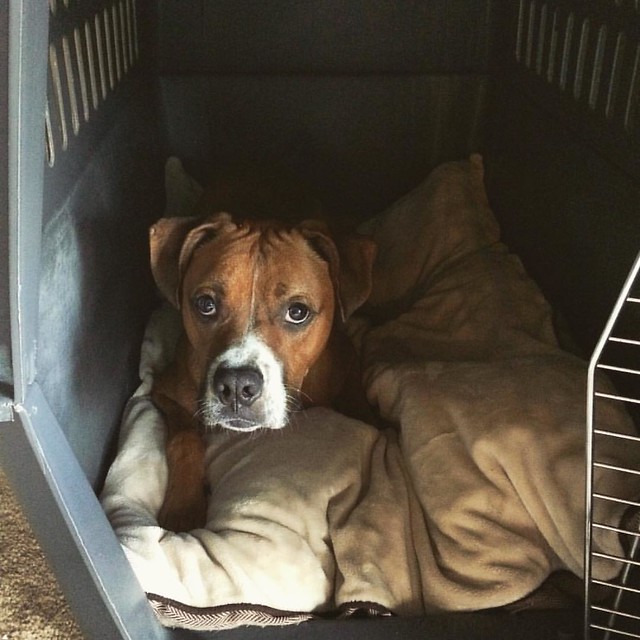 Thomas has refused to get in his crate. I haven’t forced the issue, because I wanted to try to wait until he decided to test drive it himself. It took him two months, but today was the day. I heard a noise from that direction and thought it was Polly. She uses the crate as her fortress of solitude. But no, it was Thomas!

Now that he’s taken the first step, I’ve been randomly asking him to “crate” and giving him yummy treats when he does. He’s still doubtful, but he’s being a good sport about humoring me and my silly whims.

So today was a good day. Hopefully we won’t have a repeat of this:

If you have junk mail you want shredded, I know a dog, and I hear his rates are pretty reasonable. I will happily hook you up!