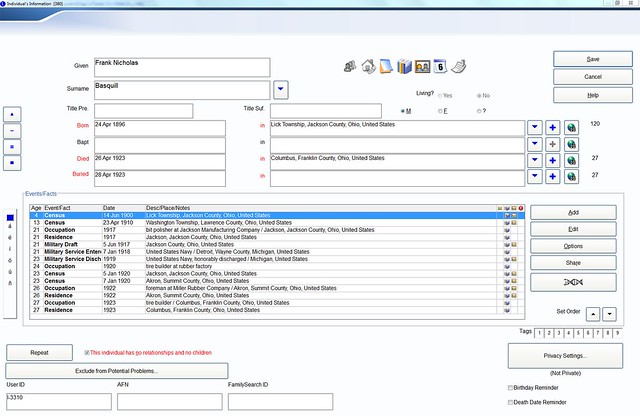 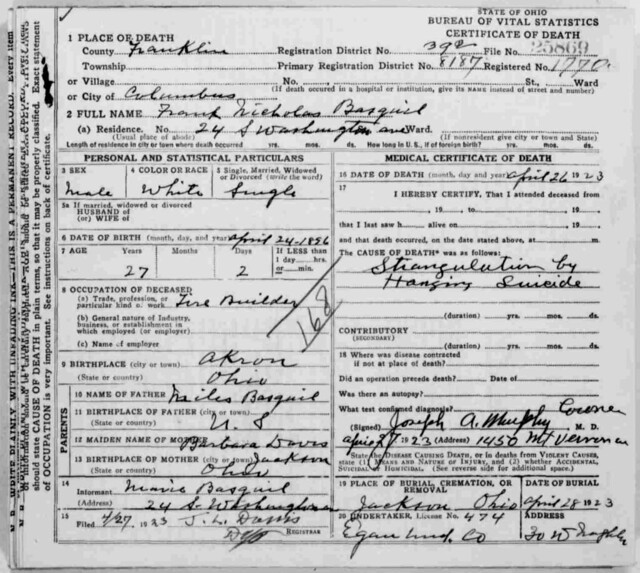 Frank was the son of Miles Basquill and Barbara Jean Davis. He never married and doesn’t seem to have had any children. He served in the United States Navy during World War I and was honorably discharged. After that, he worked manufacturing tires at a rubber factory, eventually becoming foreman. And then he was gone. Such a short life, with not much to show for it.