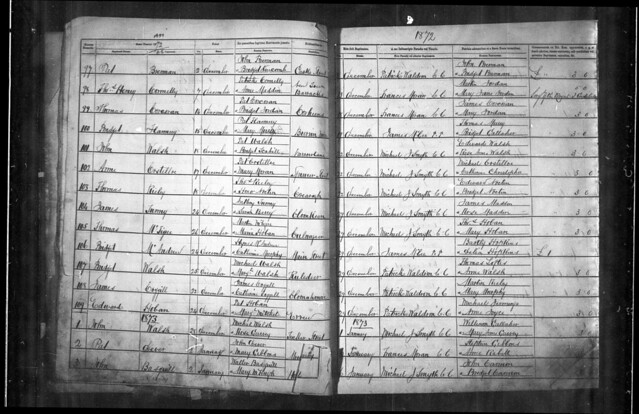 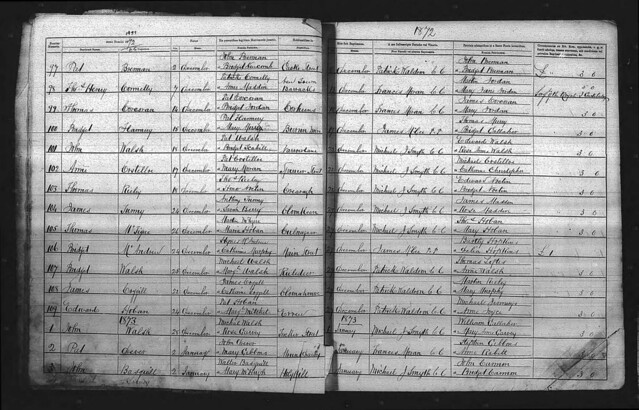 I’ve been working on this guy all day. John Basquill was the half-brother of my great grandma, Nell Basquill. He was born in 1873 in Hollyhill, Ballyhean Civil Parish, County Mayo, Ireland. I’ve got him fairly well traced (still missing the 1930 and 1940 censuses), but it’s been nagging me that the image I had from the baptismal register had part of the baptism date obscured. That image originally came from National Library of Ireland (also used by Ancestry and Findmypast).

It occurred to me that I should check the images at FamilySearch. They aren’t indexed, but if you know what you’re looking for–and I do*–then it’s pretty easy to find the image you want. I did, and lo and behold, they lifted the torn interior corner of the page to image it, revealing the full baptism date: 6 Jan 1873. But then if you look at the place of birth on the FamilySearch image, that’s obscured. You just can’t win. But at least, with both images, you can get at both pieces of information.

So that’s the lesson for today: it pays to check multiple collections to see if they have independent images of a document. 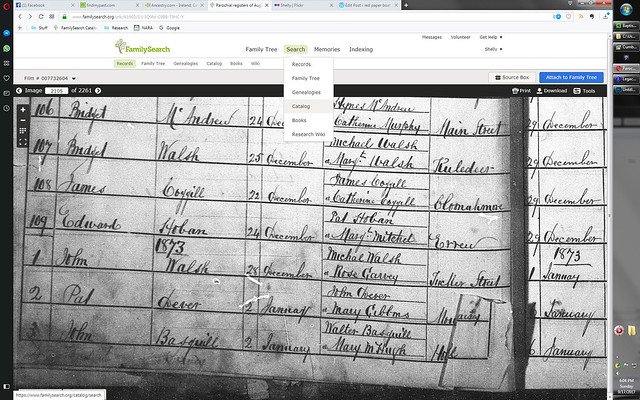