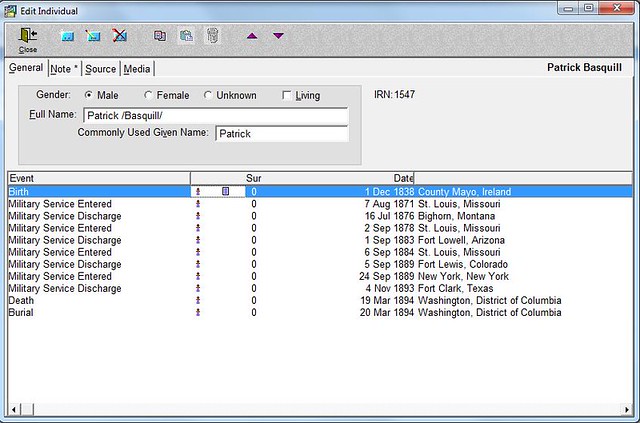 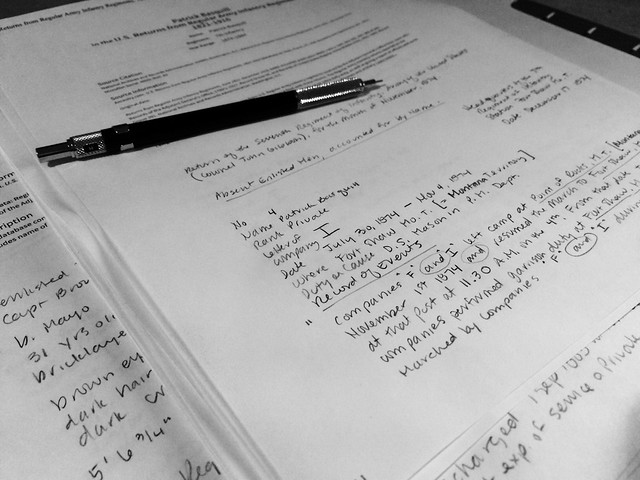 I have no idea who his parents were, though there are a couple of possible avenues to explore. I also don’t know when he immigrated to the US. All I do know is that he was a bricklayer and spent his entire adult life in the Army, until his final discharge for medical reasons. He died soon after, at the age of 55, and is buried at the US Soldiers’ and Airmen’s Home National Cemetery in Washington, D.C.

He served four stints in the Army, and each time was discharged with a notation that his character was either very good or excellent. He was discharged from his first enlistment at the rank of sergeant, but when he re-enlisted, it was as a private, and that’s the rank he stayed at until his final discharge.

It’s an impressive trail of paperwork that doesn’t tell us much about the man himself. I hope I can eventually figure out who his parents were, at the very least.

(You’ll note that my place names are not the standard four fields and that they’re missing their country designation. That’s a screenshot from my one name study database, and that data isn’t normally something I’d share. I handle it a little differently, because of the way I use that database.)