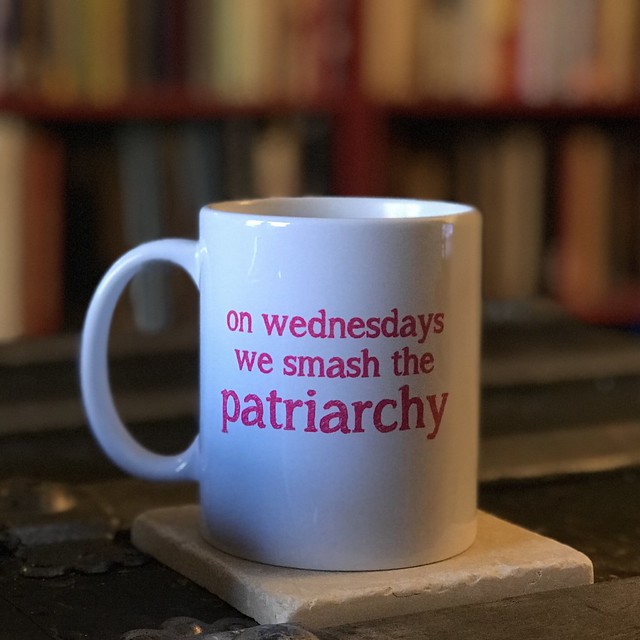 Can’t smash the patriarchy without coffee. 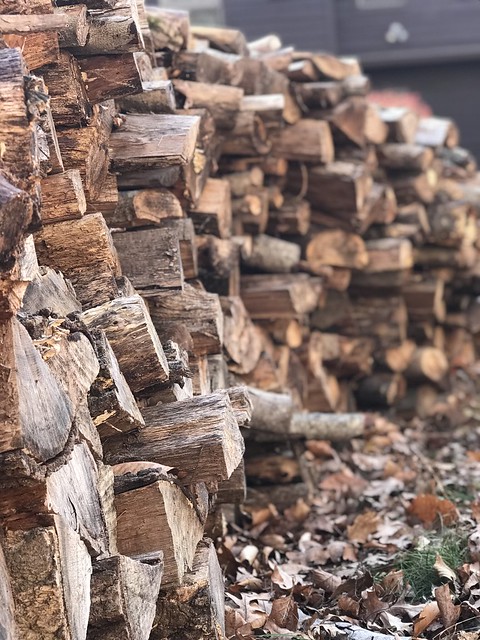 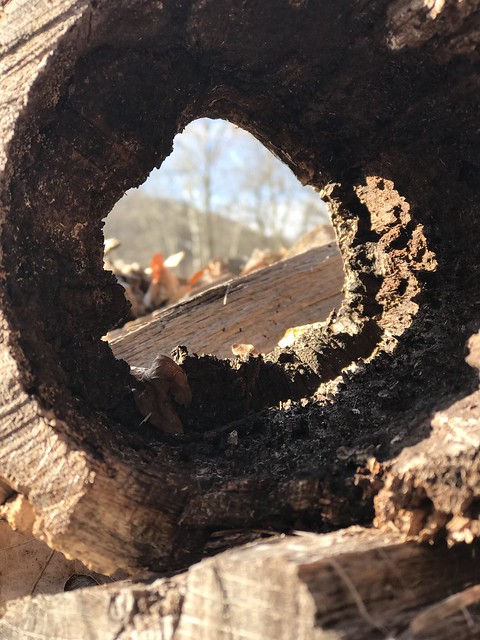 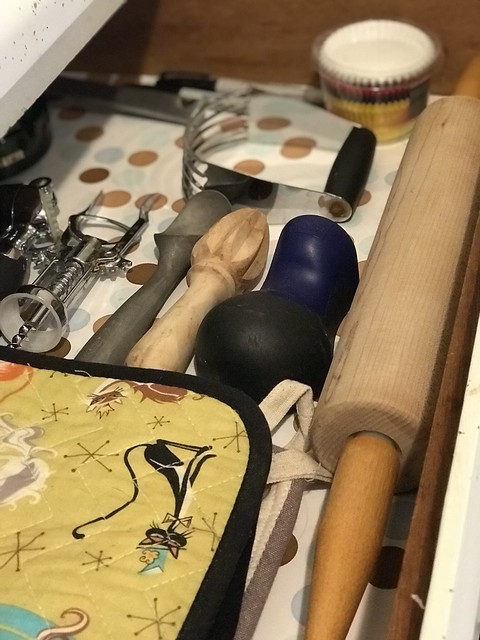 I cleaned a thing! And then I made a pile of things I cleaned. And then I took them to Goodwill, and they didn’t even sit in my car for a year and a day. 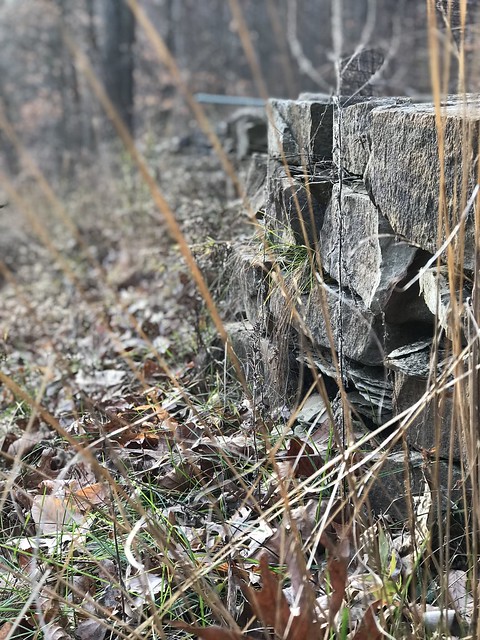 This is limestone country, and so you’ll see a lot of dry stone walls here. Not anything like you’d see in Ireland, but still, they’re a thing here. 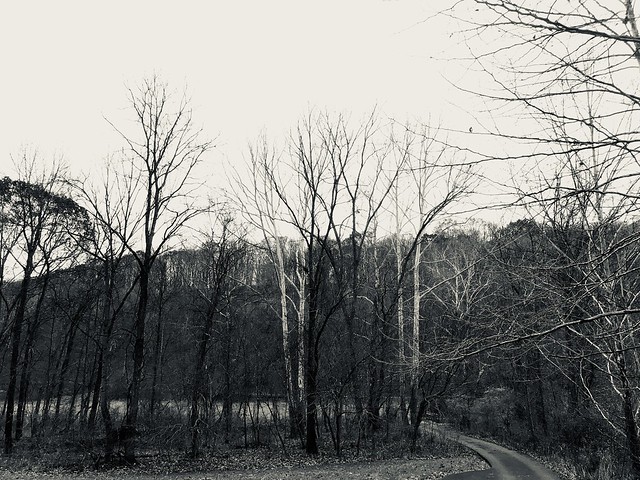 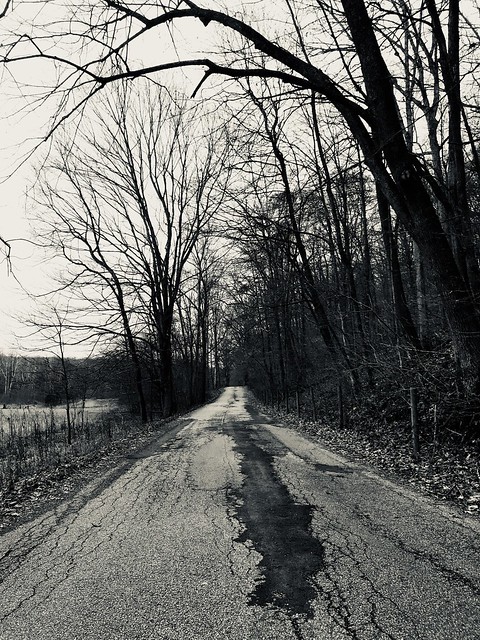 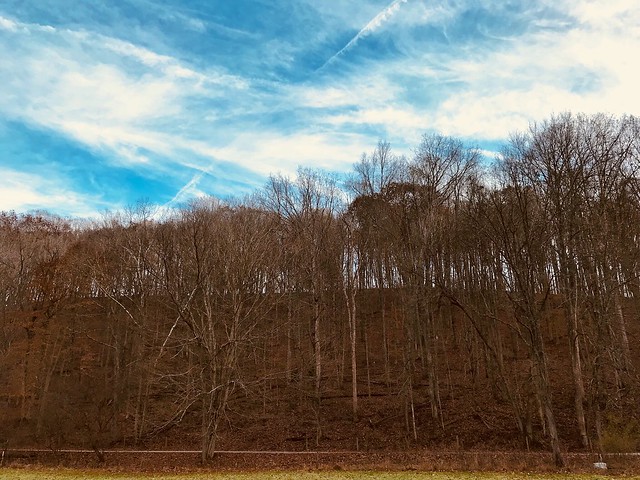 With the leaves off the trees, you can finally see the ridgelines.

This is yet another Bridget Agnes. This one was the sister in law of Bridget Agnes Groark. She was the daughter of John Basquil and Mary Haran, born 25 May 1871 in Kilbride, County Mayo, Ireland. She emigrated to the US in 1893 and settled in Troy, New York, where she married twice. First to Thomas Hanrahan in 1910, then to Richard Allen in 1914 (no idea what happened to poor Thomas. Presumably he died young).

I had the year of Bridget’s death, because a photo of her headstone has been uploaded to Findagrave. I didn’t have the exact date, though, or the cause of her death. I tried searching at Newspapers.com, but struck out. The Fulton History website had what I was looking for, though. And now that I have more information, I was able to find a similar article in a different paper, at Newspapers.com. However, the scan there is terrible and the article almost illegible, so I’m using the Fulton History image.

Mrs. Richard Allen, 70, of 808 Fifth Avenue, died at 10:20 p.m. yesterday in the Leonard Hospital of burns suffered yesterday afternoon when her clothing apparently caught fire while she was cooking on the gas stove in the kitchen of her home.

Mrs. Allen was alone in the house when the accident occurred. Mrs. Kenneth Wheeler, who resides across the street, went to visit Mrs. Allen and found her lying on the floor, police said. She was conscious and practically all her clothing had been burned from her body.

A call to police quickly brought the police ambulance with Driver John McGraw, Central Station, to the Allen residence. Mrs. Allen was wrapped in blankets and taken to the hospital by Officer McGraw and Hoseman Patrick J. Byrne, Central Fire Station.

The woman’s husband was at work at the Watervliet Arsenal when the accident occurred. Upon his arrival home he was told of the accident by Patrolman Arthur Quinlan and John Kelly, of the Fourth Precinct radio patrol, and taken by them to the hospital.

Mrs. Allen, formerly Agnes B. Basquall, was born in Ireland and came to this country at an early age. She first settled in Waterford and while a resident there attended St. Mary’s Church. About forty years ago she moved from Lansingburg where she attended St. Augustine’s Church and was a member of the Sacred Heart Sodality. She also was a member of Court St. Rita, C.D. of A.

Besides her husband, survivors include a sister, Mrs. Mary Horan of Troy and a brother, Michael Basquall of Chicago, Ill.
The funeral will be from the residence Monday at 9 a.m. and from St. Augustine’s Church at 9:30 a.m. where a requiem high mass will be celebrated. Interment will be in St. John’s Cemetery.

Yet another perfectly timed trip to the kitchen for coffee.

Tagged as Belt of Venus, skies 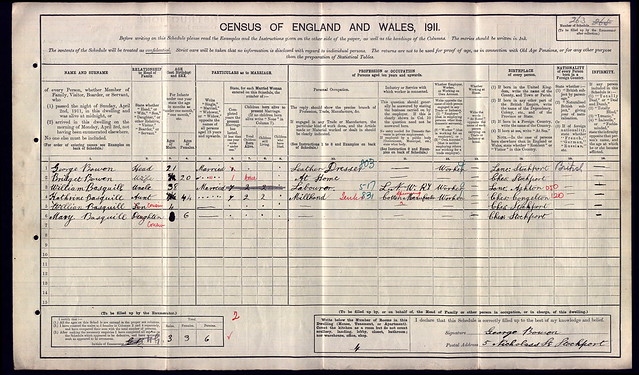 I’ve written about William before. He was the son of John Basquill and Ellen Gillen, born in Ashton Under Lyne, England in 1872. The family moved to Stockport, England, and at the age of 14 William was signed up as an apprentice on the training ship Indefatigable, in Liverpool. He left after a couple of years and was indentured to the Peter Iredale company, to serve as a deck hand on the HMS City of Carlisle. While crossing the Atlantic, William was struck in the head with a clew iron and seriously injured. When the ship made port in Portland, Oregon, he sued the shipping company and the ship’s captain in U.S. District Court. He was ultimately awarded $1530 (about a tenth of what he’d sued for).

All that is background information. He returned to England, where he joined the British Army in 1891. He was a life-long soldier. In 1904 he married Catherine Cohen, and they had two children, William and Mary. I found the family in the 1911 census, where William and Katherine are listed as the aunt and uncle of the head of household, George Bowen.

Now, it may seem like that would be a simple relationship to sort out, but it was not! I spent the better part of a weekend tracing the various families of those present in 1911. I thought maybe the link was on William’s family’s side, which would make it worth pursuing, as I’m doing a one name study of the Basquill name. But no, it turns out that William was an uncle by marriage. The relationship was on his wife’s side. Catherine was the aunt of George Bowen’s wife, Bridget Melia. So I spent a weekend pinning down information that isn’t of much use to my own research, but too often that’s how it goes.

Also this is a good reminder that sometimes you just have to get out the graph paper and pencil, because trying to mentally visualize the connections isn’t very helpful. And? I should mention that even though I had the relationships all sorted the weekend before last, I didn’t realize I’d actually made the connection until I put it on paper last Saturday morning.

I suck at blogging lately. That happens when I’m immersed in research. I’m likely to bore everyone later with some fun (to me!) finds, so enjoy the pretty sky and cute puppy-cat photos while you can. #sorrynotsorry