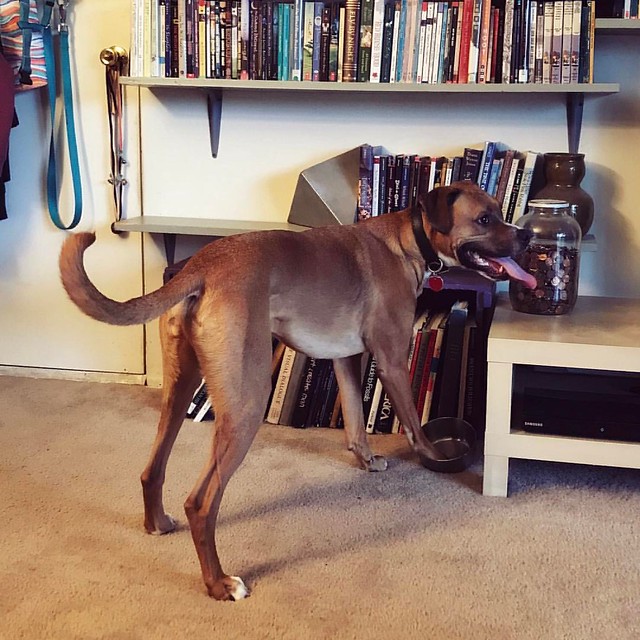 You wouldn’t think batting and chasing a bowl around the living room would be all that taxing, but if you do it for 30-40 minutes, it might make your tongue fall out. 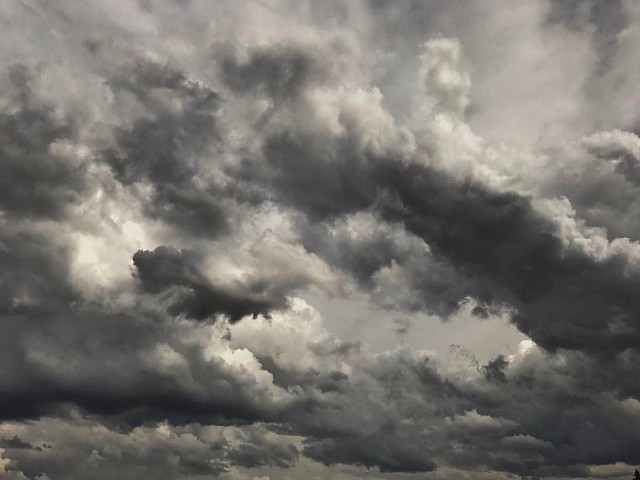 I left work at just the right time. The sky is boring, flat grey now. 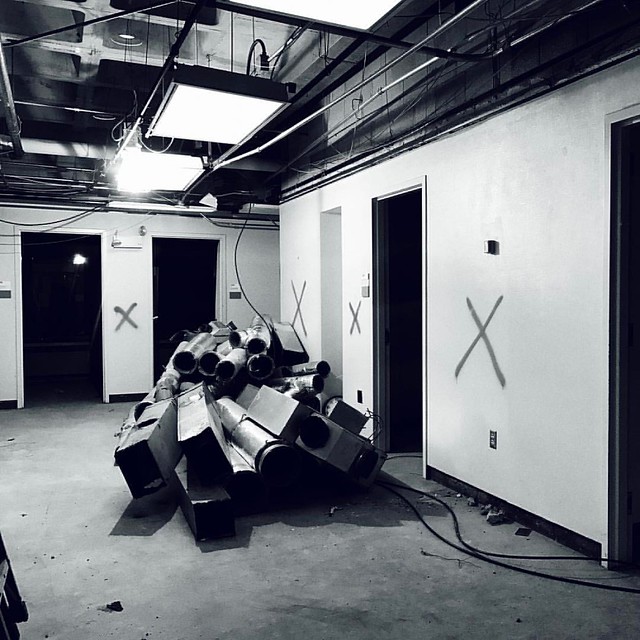 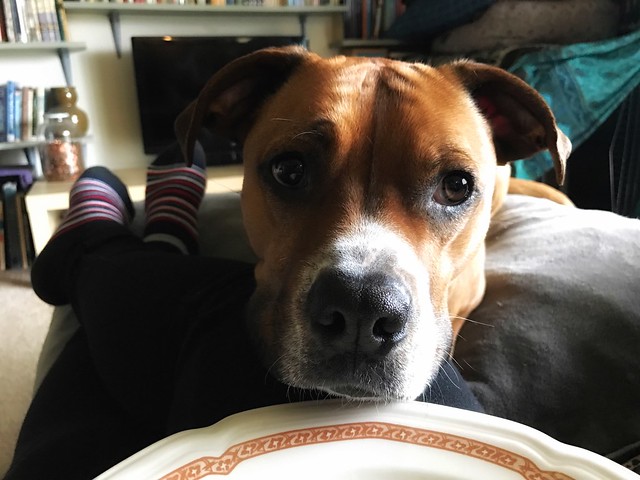 It’s really hard to tell him “no” sometimes.

This is by way of a wee test. My beloved FlickStackr app was removed from the app store by Apple. The developer said they weren’t going to try to resubmit, so that left a huge hole for me, because it was the only app I’ve found that provides HTML for Flickr images.

Well, it’s back! They’ve changed the name to PhotoExplorer, but it’s the same app with the same functionality, including HTML. So now I won’t have to go back and edit images in blog posts. (If I didn’t edit, no mouse-over test was provided, which isn’t friendly for visually impaired folks.)

Anyway, strong recommend for this app, if you use Flickr and blog images on mobile. It’s US$2.99 and worth every penny. 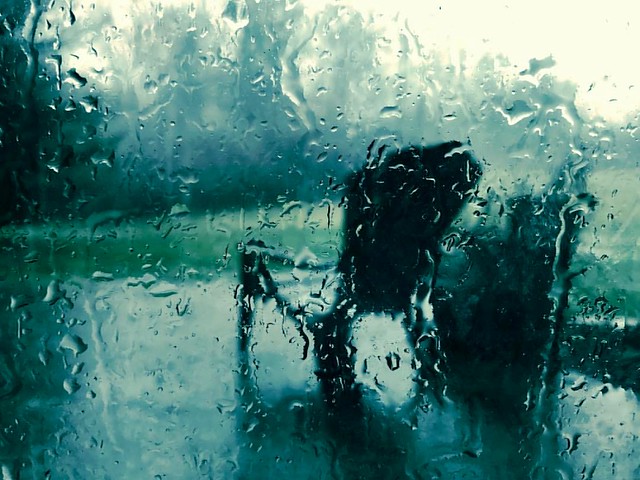 Thomas waited until it was pouring, to ask to go outside. I told him to cross his legs for five minutes, until the rain lets up. 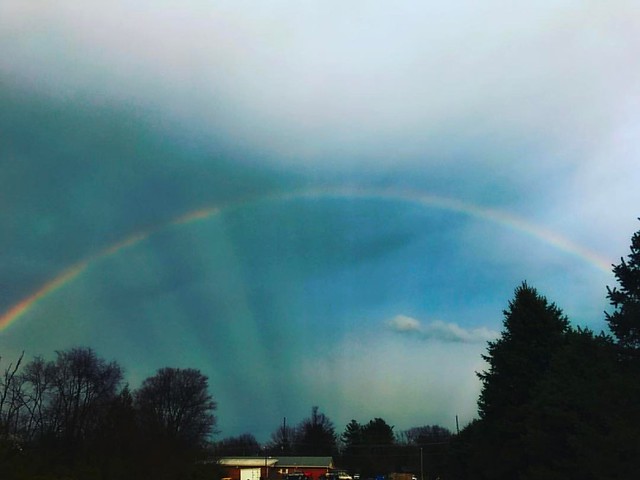 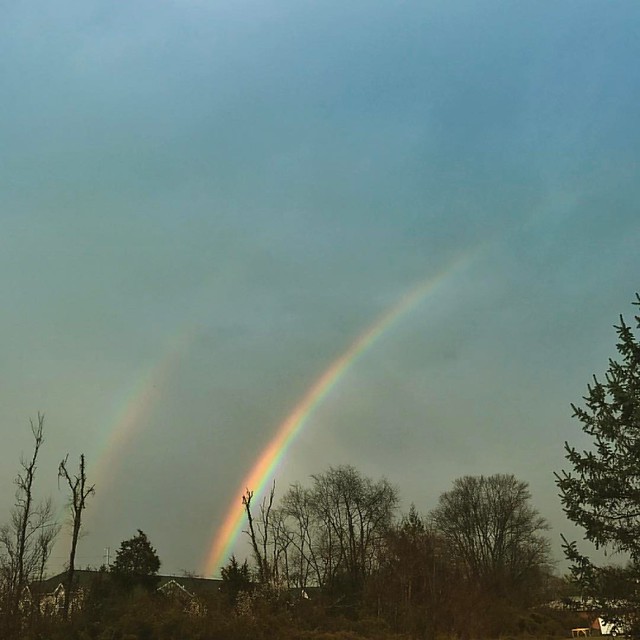 We had a brief rain storm, and then a double rainbow with spokes appeared. 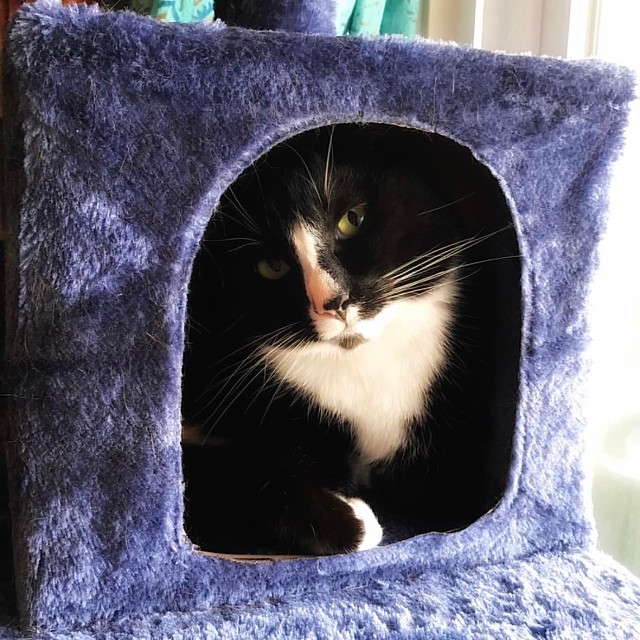 Sometimes Piglet is unbearably cute. I’m convinced that’s the only reason he’s
still alive, because if he weren’t, someone would have murdered the little
terror long ago. 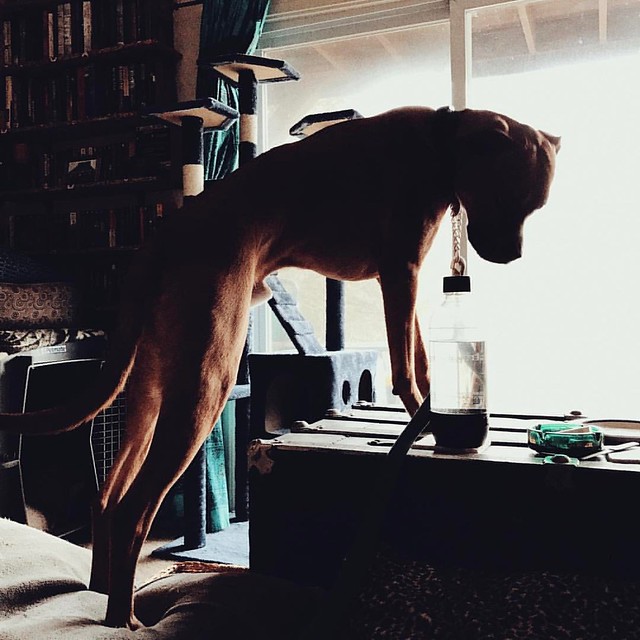 Last night my furnace switched off before the house was up to temperature, and when I checked the breaker, it had tripped and the entire panel was hot. AIEEE! Not wanting to burn down the whole building, I left the breaker off and called maintenance this morning. After much trouble-shooting, it turned out that the problem was with the 1960s era breaker box.

So I spent the day freezing (and starving!) while electricians tried replacing wiring and old breakers. But the panel still kept overheating, so they finally pulled it and replaced the whole thing.

Thomas was a very good boy while a bunch of total strangers set up camp and worked in the dining room. He schmoozed when they came over to say hi, but the rest of the time he hung out on his tuffet and supervised. 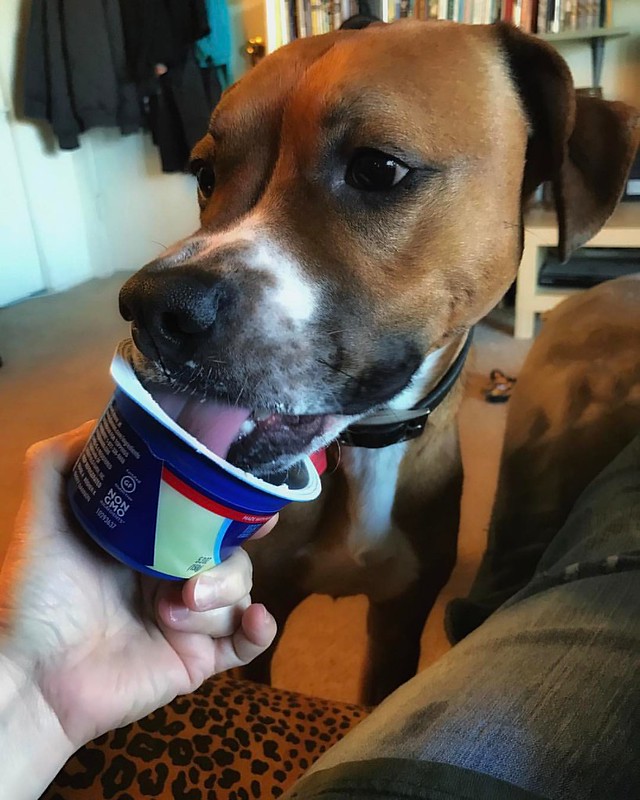 We had yogurt for dessert.