Saturday night, a weird storm system moved in. I got photos of the beginning of it, while the sky was patchy and there was still some cloud definition. At one point, there were puffy clouds to the south and crepuscular rays streaming from behind a stand of trees to the west, all while it was gently raining. 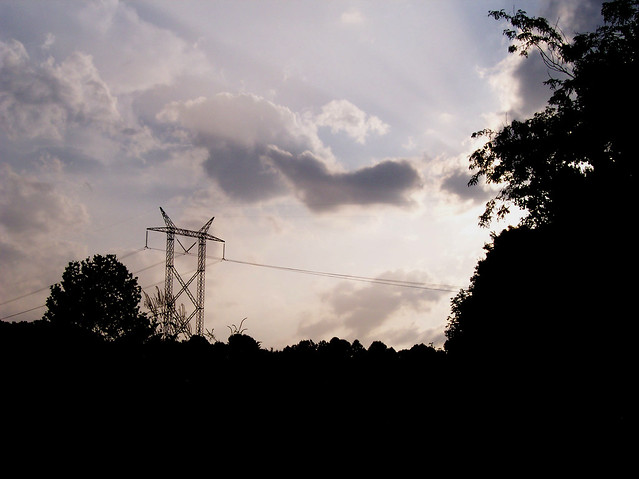 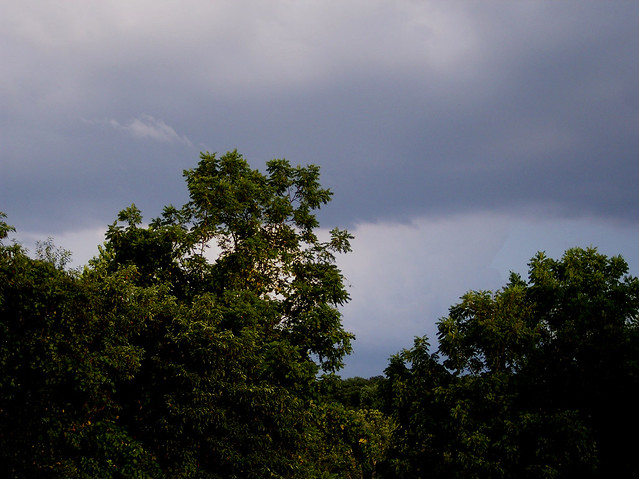 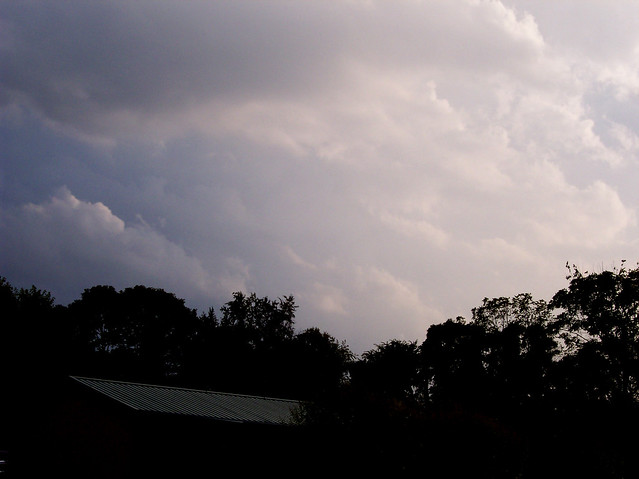 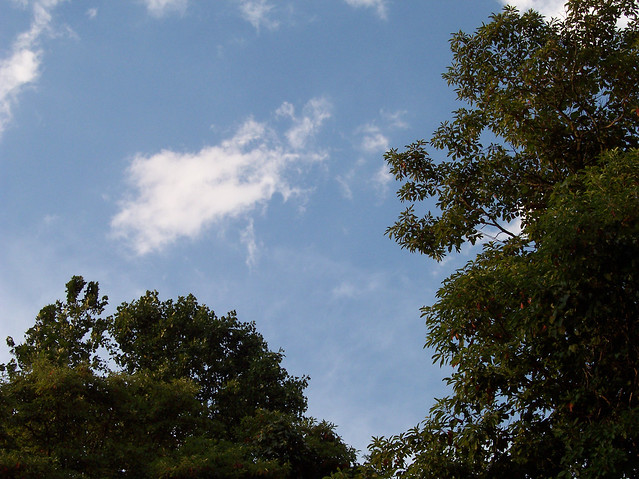 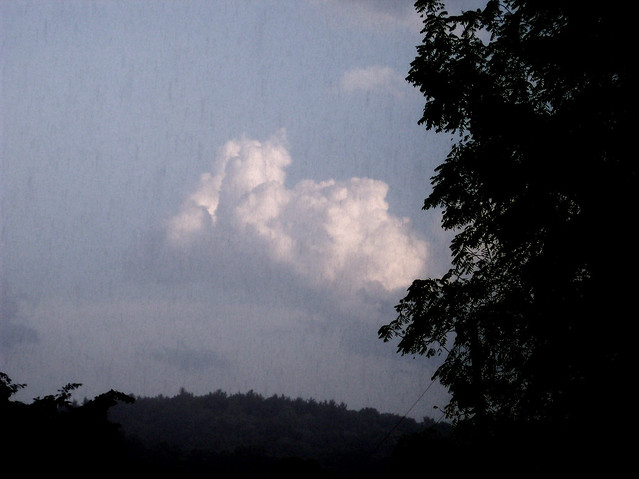 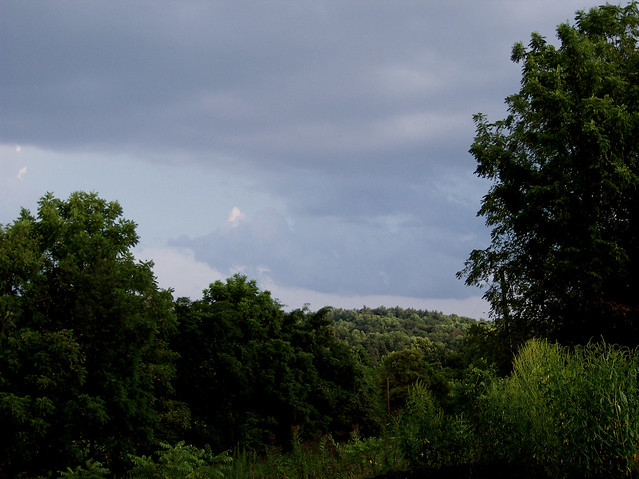 The contrast between the hyper-saturated greens of the grass and trees in the rain and the grey skies above was striking. Hopefully, the long dry spell hasn’t killed my little walnut trees. They were starting to get pretty bedraggled and unhappy looking. 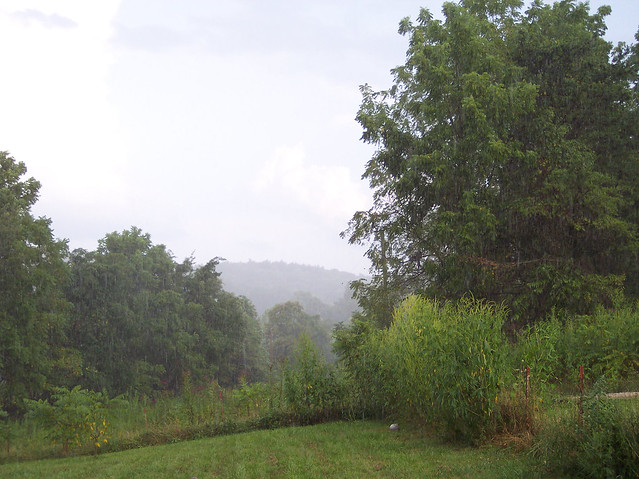 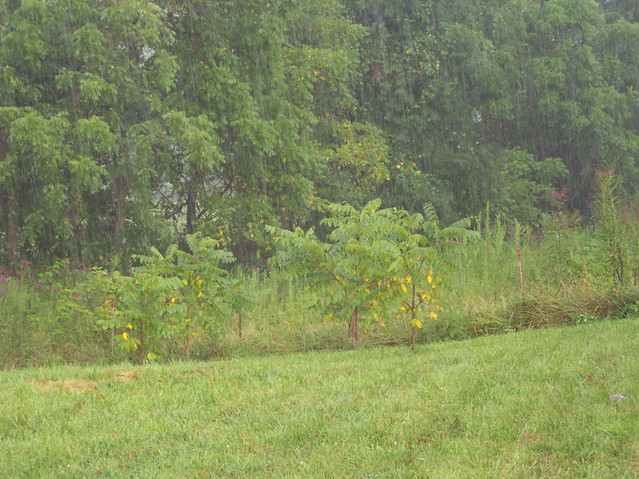 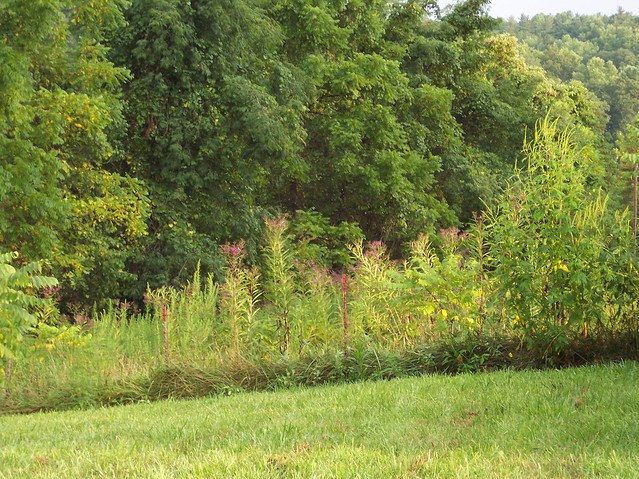 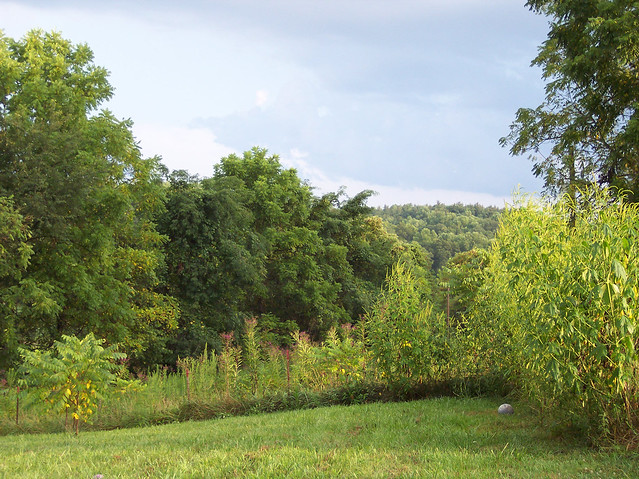 I also got some pictures of a Spicebush Swallowtail butterfly and of a Pearl Crescent. Every time I changed position, the swallowtail would flitter off until I’d settled down again.

The little Pearl Crescent barely landed before flying away, so I only got one half-way decent photo of her. 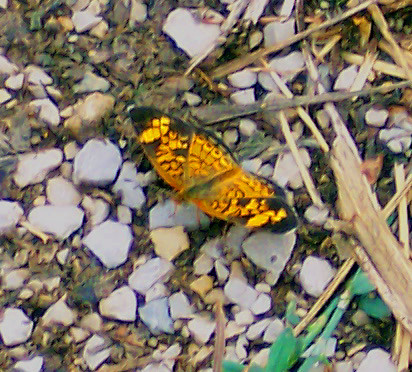 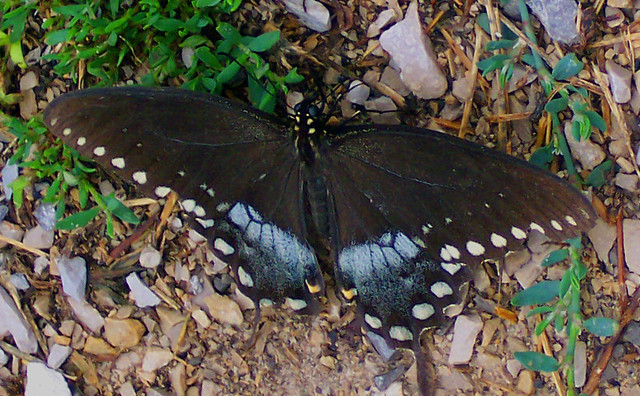 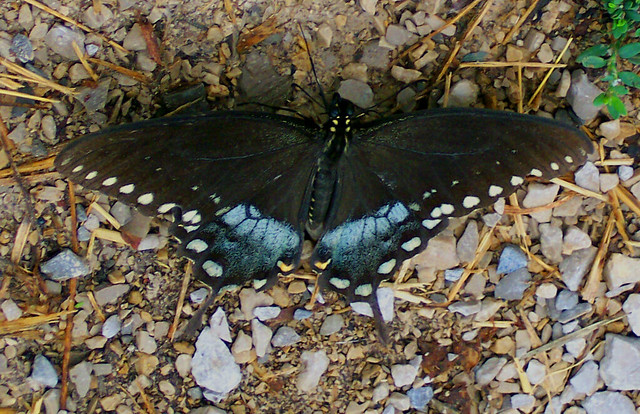 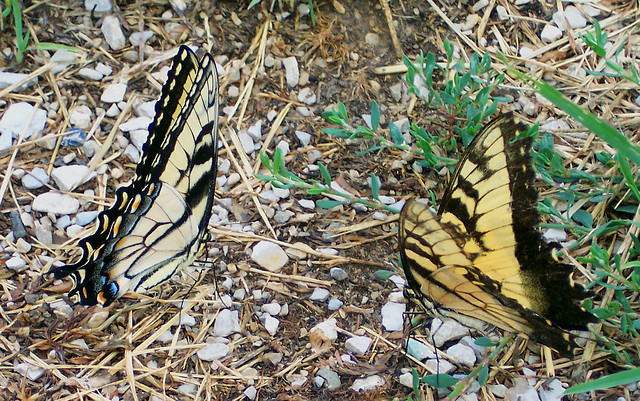 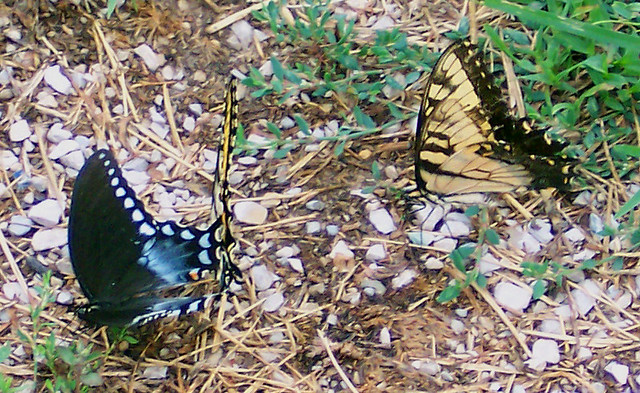 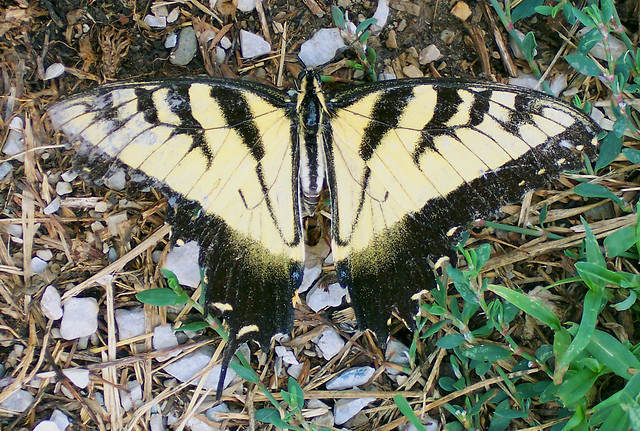 And, now, the obligatory dogblogging. Harriet Brown, Queen of Bones, has been enjoying the fact that there is no one else to covet her hoard. She has taken to gathering up all her chewies, making a pile of them on the couch, then lying on them while she naps and chews. 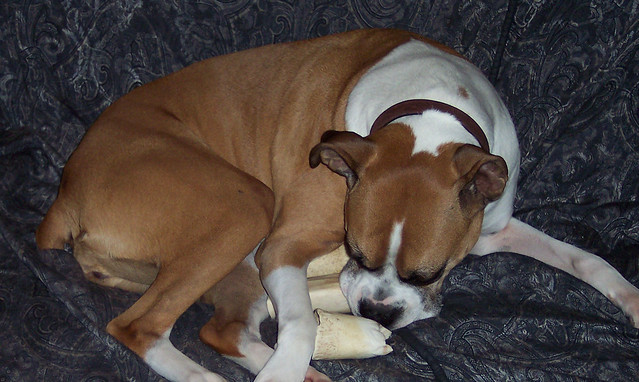 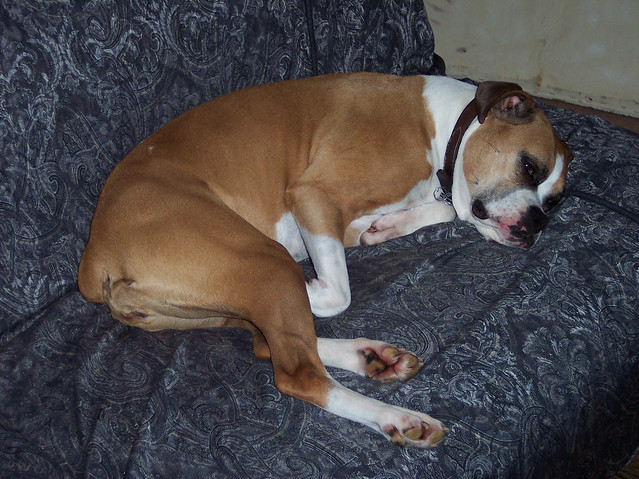 One response to “The Rain Came”